The days around the summer solstice have always been considered mystical, magical, supernatural, etc. Therefore, a number of traditions and rituals have been followed in those days as early as ancient times. One such day is June 24th or as it is called in Bulgaria – Enyovden. The origin of Enyovden is pagan, however both the Orthodox and Catholic churches celebrate this day as the Day of Saint John the Baptist.

Enyovden is a Bulgarian tradition that is also observed similarly in all Slavic cultures. It is considered that Enyovden was adopted in Bulgarian tradition from the Thracians who had numerous rituals connected with the sun, the solstices and equinoxes. After Enyovden the day starts decreasing and therefore, Enyovden is considered to be the precursor of winter. Thus, it is believed that on this day the sun has magical powers, especially at sunrise.

According to Bulgarian tradition, the sun oscillates at sunrise and whoever sees this oscillation will be healthy throughout the year. The first thing a person should do at sunrise on Enyovden is to turn to the sun and observe his/her shadow over his/her shoulder. If the shadow reflects the person’s entire body, then he/she will be healthy throughout the year.

Another “must” at the morning of Enyovden according to Bulgarian tradition is to wash oneself with running water or tumble in the morning dew because all water after sunrise on Enyovden is believed to have gained curative powers.

Enyovden is also called the Day of Herbs because at sunrise on Enyovden the herbs have the most healing power. Thus, Bulgarian tradition advises to pick herbs early in the morning in order to be healthy during the winter.

The rituals on Enyovden are mostly connected with health and fertility. A popular Bulgarian tradition involves dressing up a 5-6 year-old girl in white and red clothes, wearing a red veil and a wreath of flowers with a silver coin in the middle. Then, an unmarried woman picks the girl up on her shoulders and together with all the unmarried women of the village start walking around the village and the fields, singing songs for health and fertility.

A typical Bulgarian tradition on the eve of Enyovden is for unmarried girls to drop bunches of flowers and rings in a jug of “silent water”. It was called “silent water” because of the special powers it possessed and therefore, was guarded through the night by a fortune-teller. At the morning of Enyovden a girl would be dressed as a bride and with her eyes tied would take out posies and rings, predicting the other girls’ future husbands.

During Thracian times, the rituals on Enyovden involved wine – presenting wine to the gods, feasting with wine, executing rituals with wine. Even in today’s Bulgarian tradition wine and herbs play an important role in the rituals surrounding Enyovden. There is hardly anything more purifying for the body and soul than participating in the Enyovden rituals, while connecting with the supernatural through the divine drink of the gods – wine. 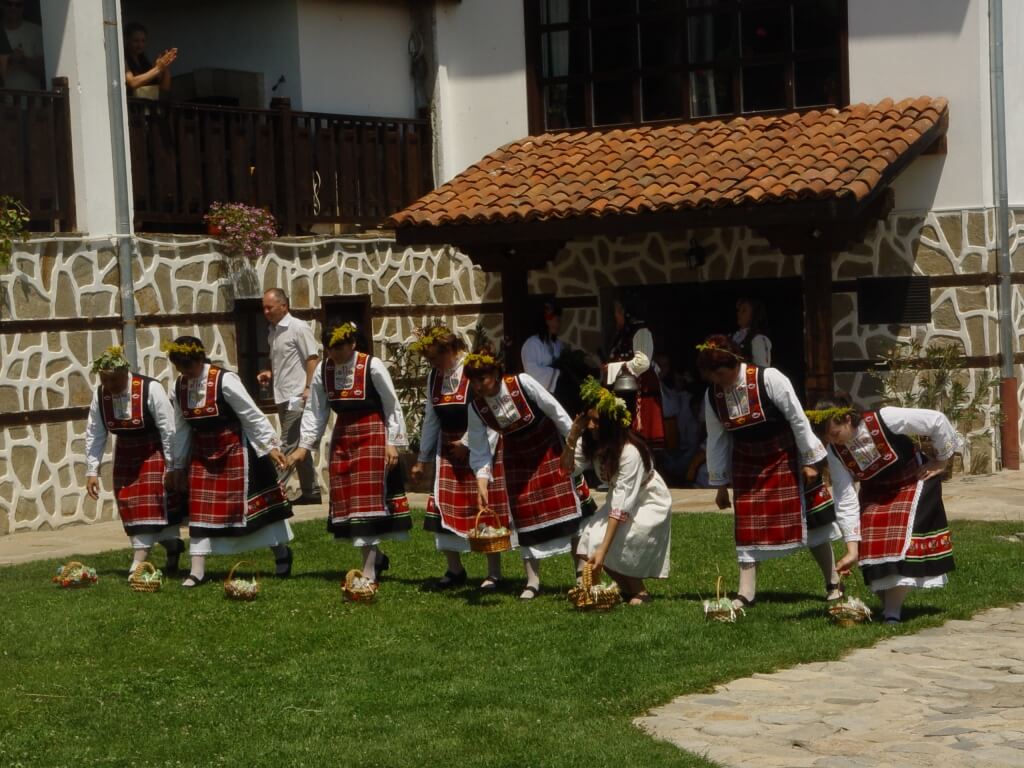 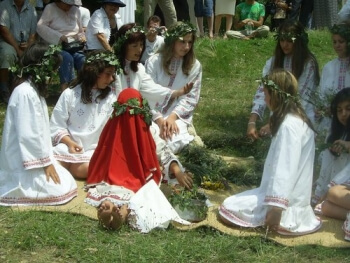 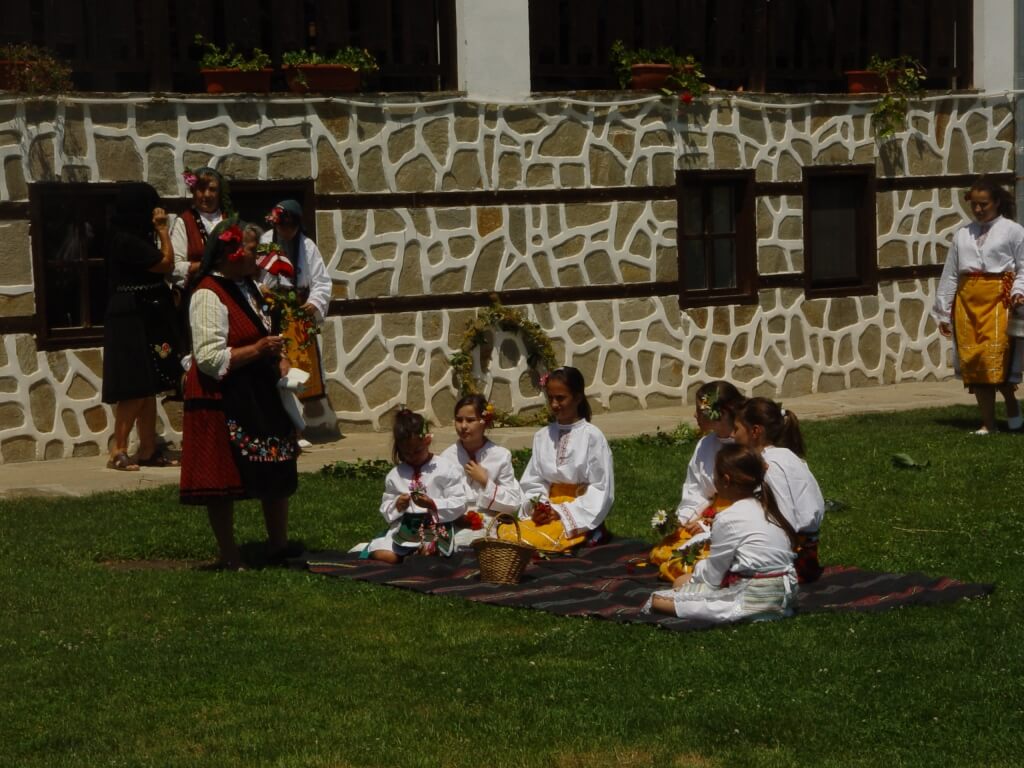