The second “golden age” for the Odrysian Kingdom happened under the rule of Seuthes III. He abolished the rule of Alexander the Great around 330 BC and reestablished the kingdom. Seuthes III was the first Thracian ruler to start minting coins, of course, with his image on them. Seuthes III also moved the Odrysian capital a bit to the north and built the splendid city of Seuthopolis, nearby today’s city of Kazanluk, in the heart of the famous Rose Valley. Ironically, the remains of Seuthopolis now lie at the bottom of the Koprinka dam (I guess, the central planners of the communist regime were not too impressed when they discovered the ruins in 1948 and decided to go forward with the dam’s construction anyway).

Just like the capital of the Odrysian Kingdom was allowed to be flooded with water in mid-20th century, so did Celtic tribes rushed into the territories of Thrace after the death of Seuthes III around 300 BC. The Odrysian Kingdom had lost some of its coherence after the death of their powerful ruler. Thus, the Celtic invasion caused some damage to the Thracian state. Eventually, the Thracians were able to expel the Celts and regain their territories. It was shortly after that, though, that the powerful Romans were making their presence seen on the Balkans. The Romans had a hard time subordinating the brave Thracians, they only managed to conquer the lands of some Thracian tribes and put them under submission. The Odrysian Kingdom, however, was resisting the initial pressure from the Romans and with some diplomatic moves, the Odrysians were able to preserve their independence. For example, around 168 BC the Odrysians became allies to the Roman Empire and were fighting on its side, even against other Thracian tribes. The Odrysian influence spread even into the internal political struggles in Rome. The Odrysians were actively involved in the Roman civil wars during the reigns of Julius Cesar, Octavian August and Mark Antonius. The latter even officially recognized the sovereignty of the Odrysian kings.

Thus, through this recognition of sovereignty and close ties, the Odrysians were slowly assimilated into the Roman Empire and were becoming Roman citizens. This strategy worked well for the Romans because around 46 AD all Thracian lands, including the Odrysian kingdom, were referred to as a Roman province – the province of Thrace. 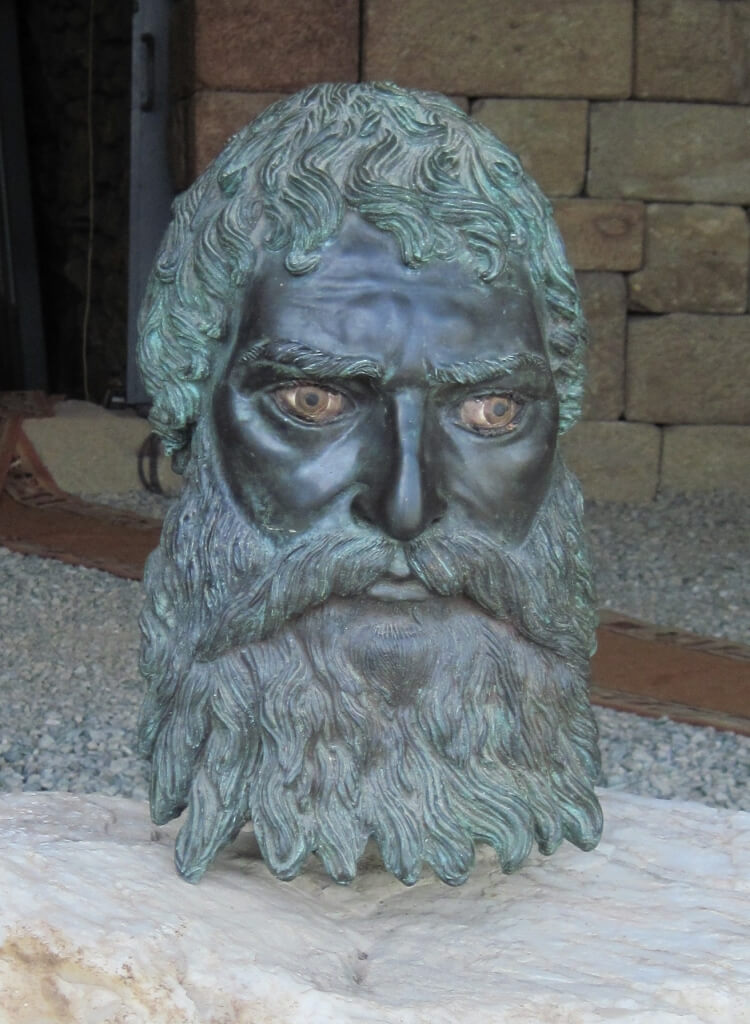 In a sense, it is remarkable how long the Odrysian Kingdom lasted, given the characteristic trait of Thracians to wage endless wars among the different tribes. The Odrysian Kingdom, though, was the first country-like establishment in the southeastern part of the Balkan Peninsula and left a deep mark on the cultural heritage of the area. If you pass by the territories of today’s Bulgaria where the Odrysians built their biggest cities, you will notice numerous mounds that let you wonder if yet another exquisite Thracian golden treasure or a remarkable tomb lies underneath. However, the most visible evidence that still connects these lands to the mysterious Thracians is the wine that is still produced on these very same lands. Wine-making in Bulgaria is a tradition inherited from the Thracians that makes Bulgaria the oldest documented wine producing country. Discover the tradition and learn the stories of wine in Bulgaria.