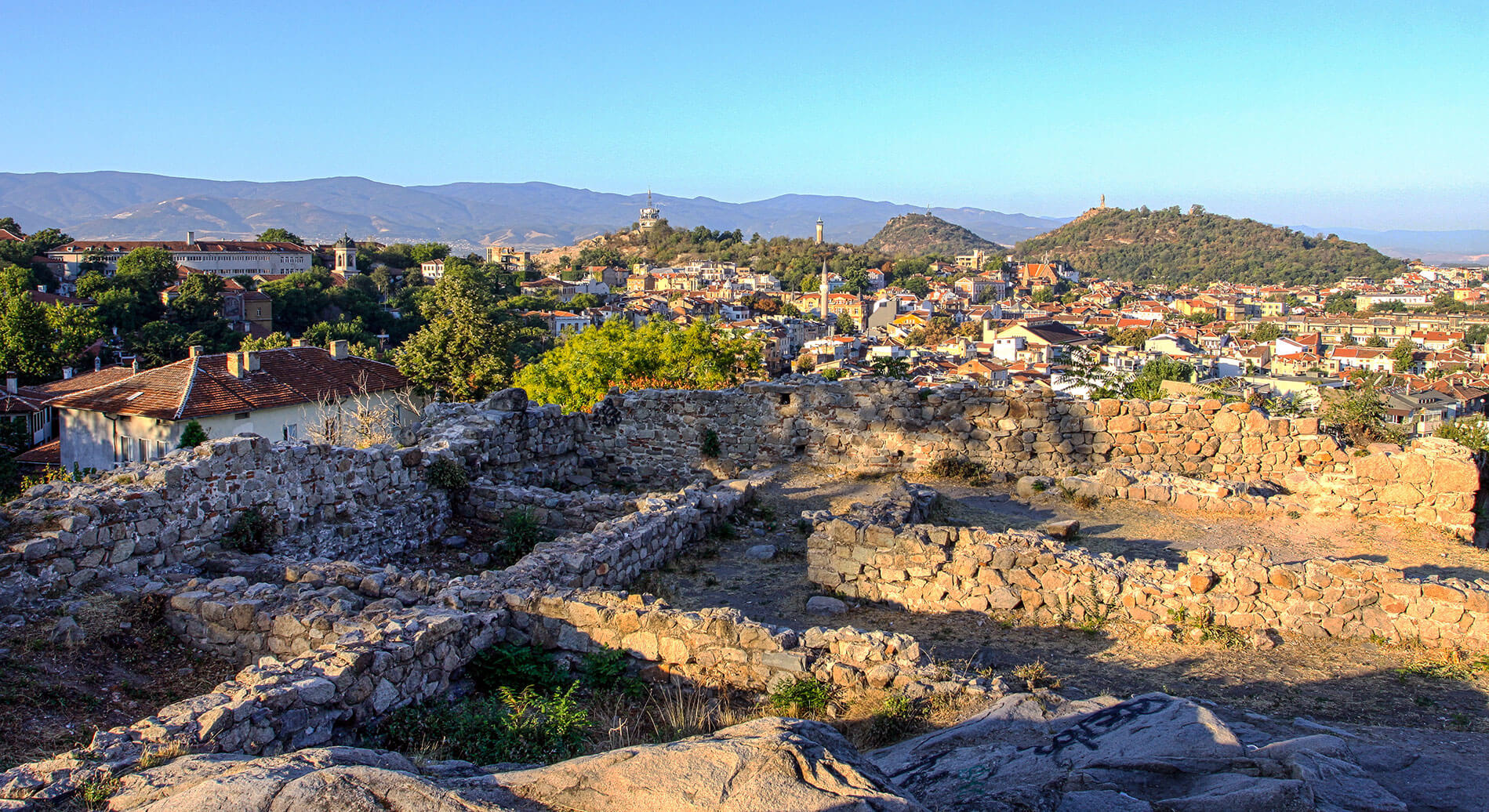 History stretches the furthest back in Plovdiv, Europe’s oldest continuously inhabited city. We will try to summarize over 8000 years of history in 1000 words.

The first traces of human settlement in Plovdiv date back to the Neolithic period around 6000 BC. The most important settlement from that period was the naturally fortified area on today’s Nebet tepe (one of Plovdiv’s hills) where life on and around that hill has never stopped since.

It is on that very same hill during the Iron Age that the Thracians established their fortification and expanded the city around it. The Thracians named it Evmolpia after the Thracian king Evmolp who ruled the city around 1200 BC. In 342 BC Philip II (the father of Alexander the Great) conquered Evmolpia and renamed it Philipopolis (the city of Philip), which the Thracians translated into Pulpudeva. Philip II rebuilt the city, expanded the fortification on Nebet tepe and made Philipopolis the most important city in Thrace.

After a series of bloody battles the Romans conquered Philipopolis in 72 BC. Because of its strategic geographical location Plovdiv was one of the main cities in the new Roman province of Thrace and was renamed Trimontium (the City of Three Hills). During the Roman period, Trimontium thrived – expansion of the fortress, new streets, a sewage system, aqueducts, one of the most significant amphitheaters in the Roman Empire and a 30000-seat stadium were constructed.

After the split of the Roman Empire at the end of IV century, Plovdiv remained under the Eastern Roman Empire – Byzantium. At the beginning of the VII century the Slavs invaded the city and around 70 years later formed a union with the Bulgarian tribes who established the country of Bulgaria. Plovdiv was conquered by the Bulgarians in 812 by Khan Krum and permanently annexed to Bulgaria around 834 by Khan Malamir. During the Middle Ages Plovdiv was constantly changing hands between the Byzantines, the Latins and the Bulgarians for a total of 15 times.

In 1371 Plovdiv fell under Ottoman rule that would last for five centuries. The city was renamed Filibe. Bulgarian sources from that period mention the name Plovdiv for the first time. Filibe was described as the most beautiful city in the European part of the Ottoman Empire. Plovdiv became an economic center of the area and its merchants were famous across the empire, as well as in Western Europe. A sign of Plovdiv’s prosperity from that time are the houses that are still standing in the Old Town of Plovdiv. 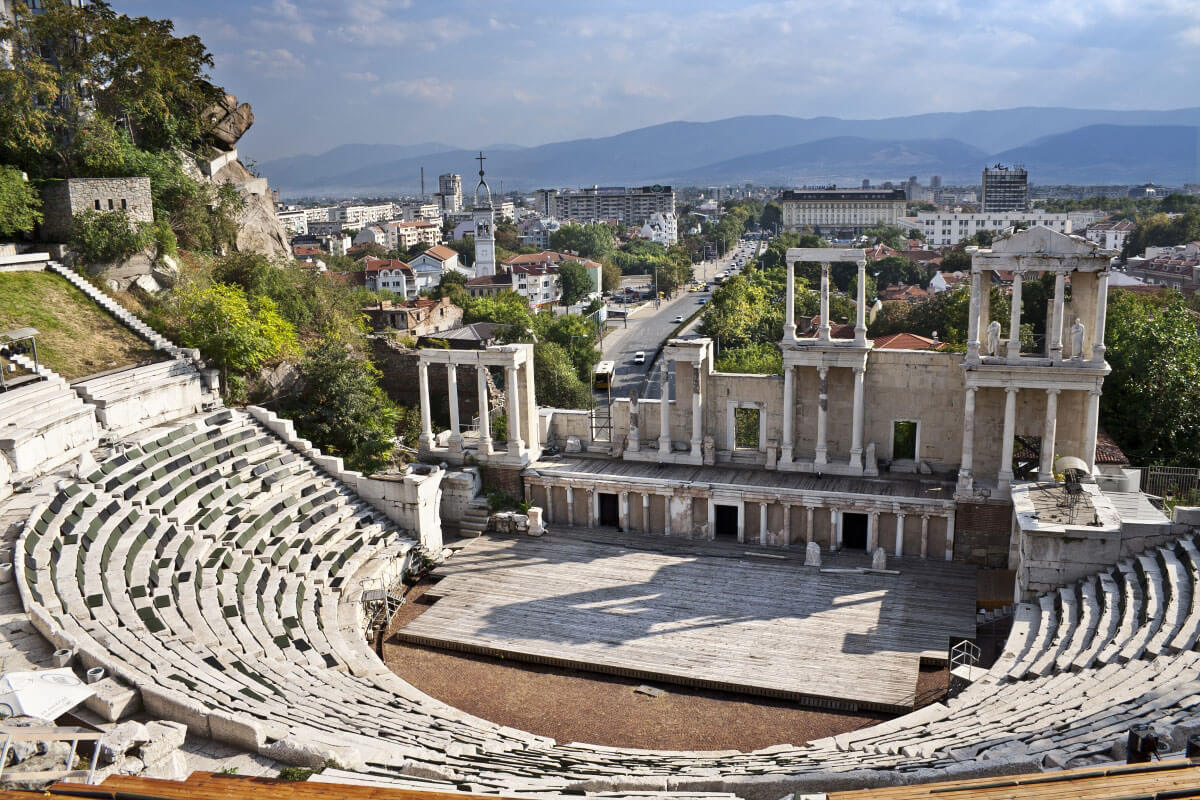 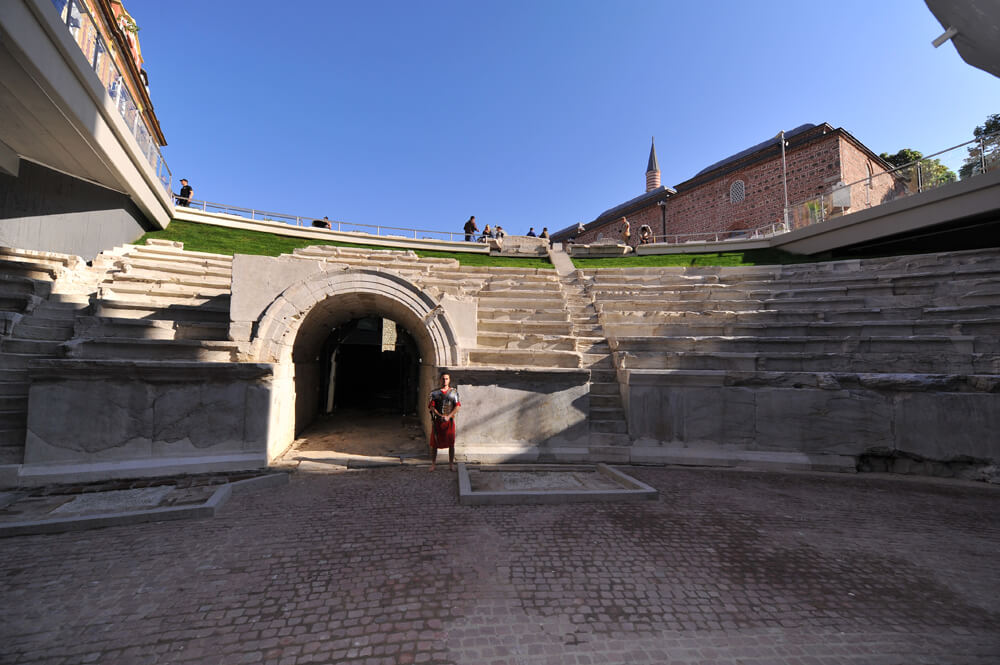 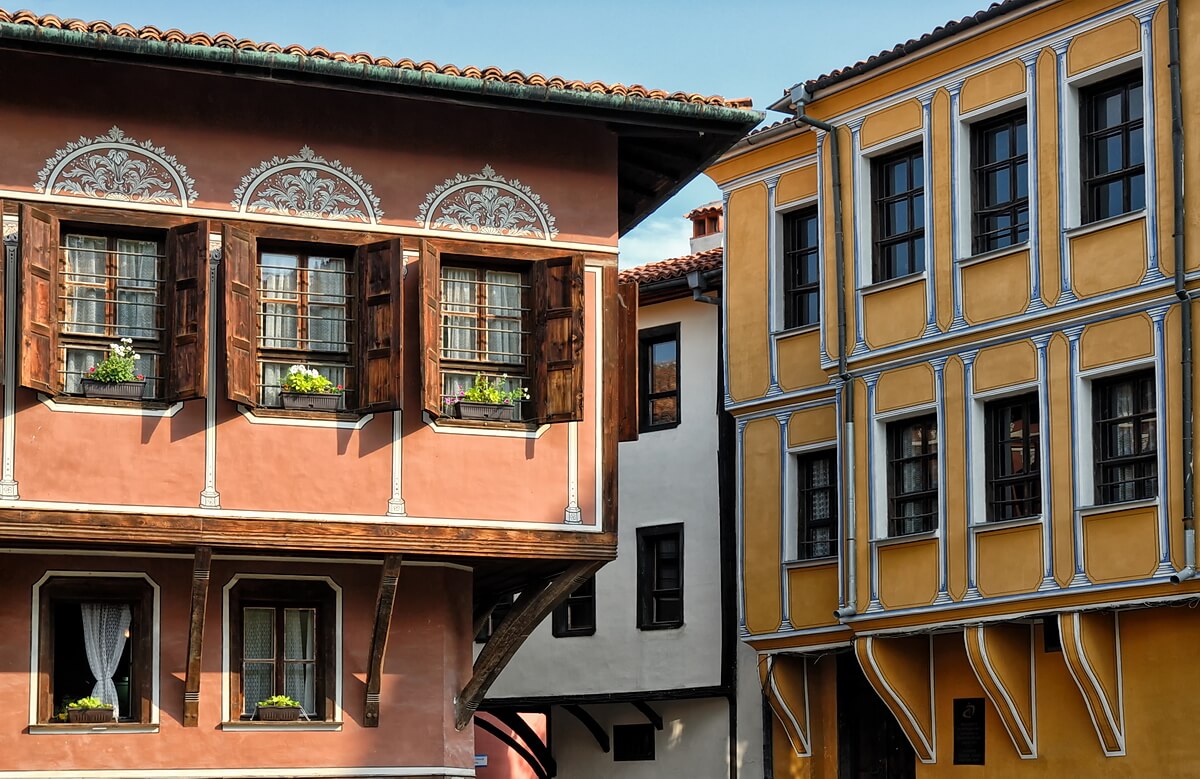 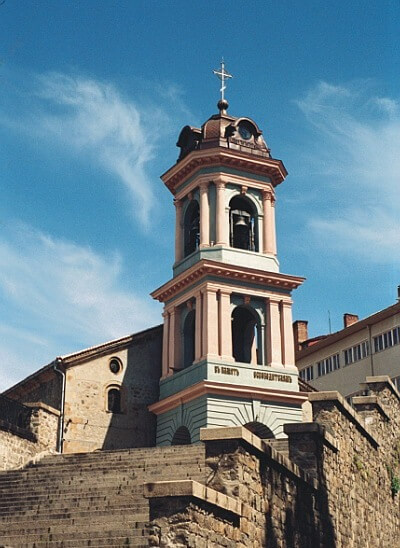 During the National Revival in the XIX century Plovdiv played an important role in the fights for independent Bulgarian schools and church. Bulgarians were able to abolish the Greek domination of Plovdiv by establishing their own schools. The culmination of the struggle for independent Bulgarian church occurred on December 20, 1859 when Bulgarians took over St. Mary church in Plovdiv and proclaimed all services to be conducted in Bulgarian, instead of Greek, from then on.

The Russo-Turkish war commenced in 1877 and on January 16, 1878 Plovdiv was liberated. The San Stefano treaty proclaimed the liberation of Bulgaria, announced Plovdiv as the capital and set the borders of the country. However, during the Berlin Congress the Great Powers forcefully divided the newly liberated country into several parts and Plovdiv became the capital of the autonomous province of Eastern Rumelia. Plovdiv was a center of the secret committees working for the unification of Bulgaria with Eastern Rumelia and Macedonia . Unification with the latter never happened, but on September 6, 1885 backed by volunteer troops from the region, a garrison and with the support of the Bulgarian king Alexander I, the unification of Bulgaria and Eastern Rumelia was proclaimed in Plovdiv.

Finally part of the free Bulgarian state, Plovdiv became a center of the tobacco industry. In addition, the city saw major urban developments such as the construction of schools, public buildings, factories, a central park and the first international fair in the country. The tumultuous years of the Balkan wars and the following World War I halted the economic progress of the city. Starting from the 1930s Plovdiv was again reclaiming its economic power – the city was electrified, new factories opened, the main shopping street was redesigned, Plovdiv airport started operations. World War II brought new struggles for the city and stopped economic development once again. However, Plovdiv will forever remain in history with its active role in the salvation of Bulgarian Jews from concentration camps.

World War II had stark consequences for Bulgaria. Even though, the country ended the war on the winning side, however, switching sides during the war, it was treated as a defeated country. Bulgaria fell under Soviet Union’s area of influence. The Communist elite set up a Cultural Committee in Plovdiv and through its work the symphony orchestra, the school of music, a university, theaters and a regional radio station were established. In addition, increased industrialization took place in Plovdiv.

The communist regime in Bulgaria lasted until 1989 when the Berlin Wall fell. Plovdiv was a center of the democratic movement in the country and saw numerous street protests in support of democratic reforms in the mid-1990s. In more recent years Plovdiv has been establishing itself as the cultural center of Bulgaria. The city places huge importance on archeological excavations, stimulating the arts, renovating public buildings and encouraging cultural tourism. Plovdiv was selected to be the European capital of culture in 2019 – the second time it has been awarded this status. 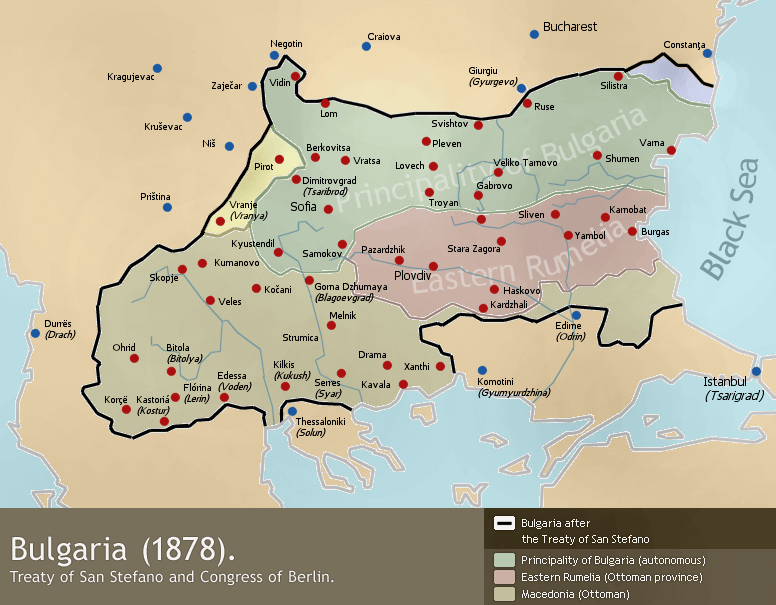 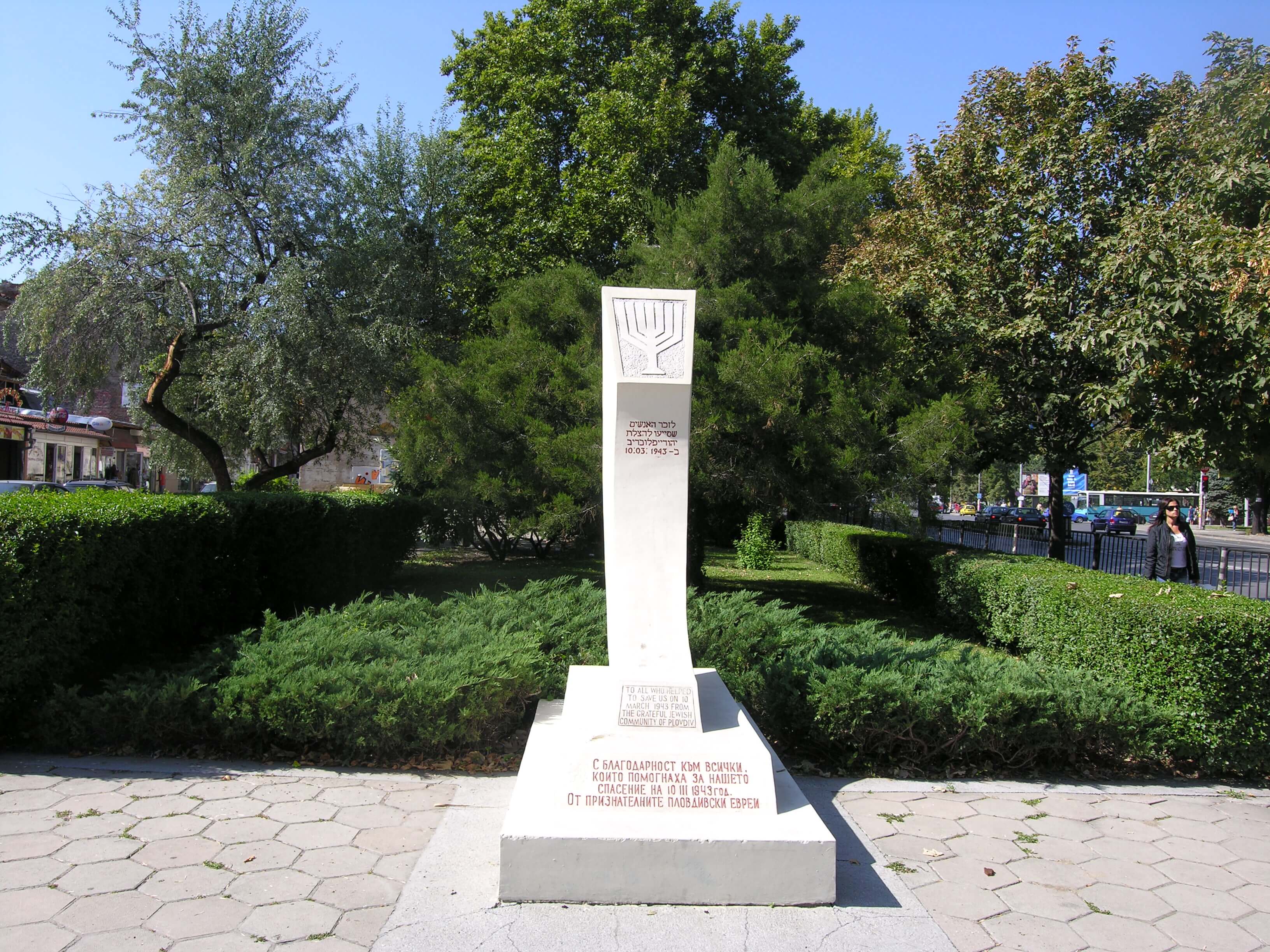 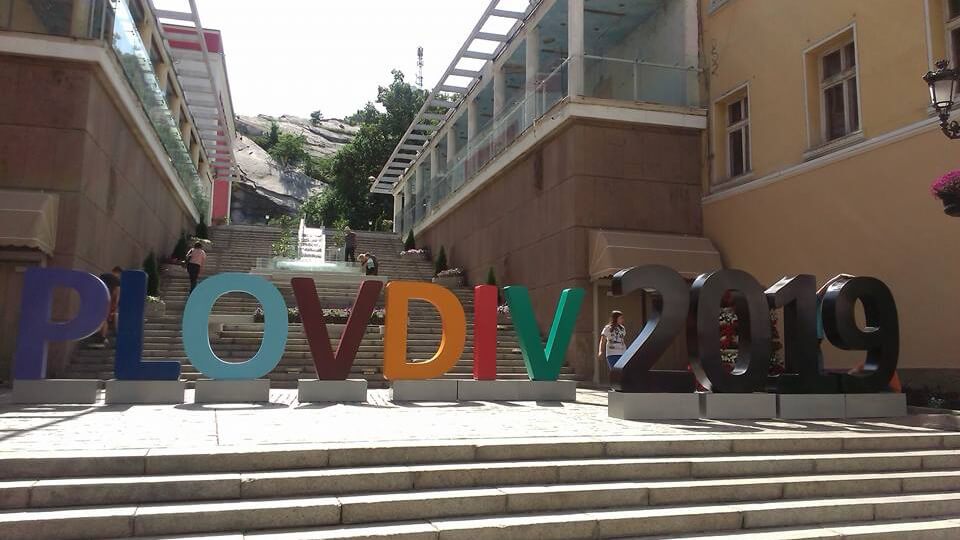 During the rich and turbulent history of Plovdiv, the city has always captivated with its beauty and culture and had the status of an important settlement for military, geopolitical and economic purposes. The identity of Plovdiv was modeled by the numerous cultures inhabiting the city and in this sense every Plovdivian has the pride and mindset of coming from a unique place. However, words cannot fully describe what Plovdiv is, the best way to experience it is to come and explore yourself.