The International Festival of Masquerade Games “Surva” is an annual folklore festival that takes place every year on the last weekend of January in the town of Pernik. The festival is the largest in Bulgaria and the Balkan Peninsula with over 100 folklore groups participating in the games, and over 7000 spectators witnessing the ancient rituals in 2017. Pernik has hosted such games since 1966, but became a member of the International Federation of Carnival Cities in 1995. The festival gained international event status in 1985.

The Kukeri and Survakari rituals includes singing, dancing and theatrical performances that symbolize traditional customs such as the dispelling of evil spirits, blessing the new harvest and celebrating marriage, love and fertility. The Kukeri and Survakeri rituals were traditionally performed by men – even the female characters such as the bride or animal characters such as bears. The costumes and masks are colorful, symbolic and intricate. The rituals are pagan in nature, and it is unsure how long these customs have taken place in Bulgaria. Today, kukeri rituals are typical after New Years Eve, and are held all over Bulgarian villages. The SURVA festival is the largest gathering of the Kukeri.

In 2015, UNESCO declared the SURVA festival as an important intangible cultural heritage, and it was inscribed on the Representative List of the Intangible Cultural Heritage of Humanity.

We visited the 2-day parade of folklore groups on the last weekend of January 2017. Here are some of our impressions: 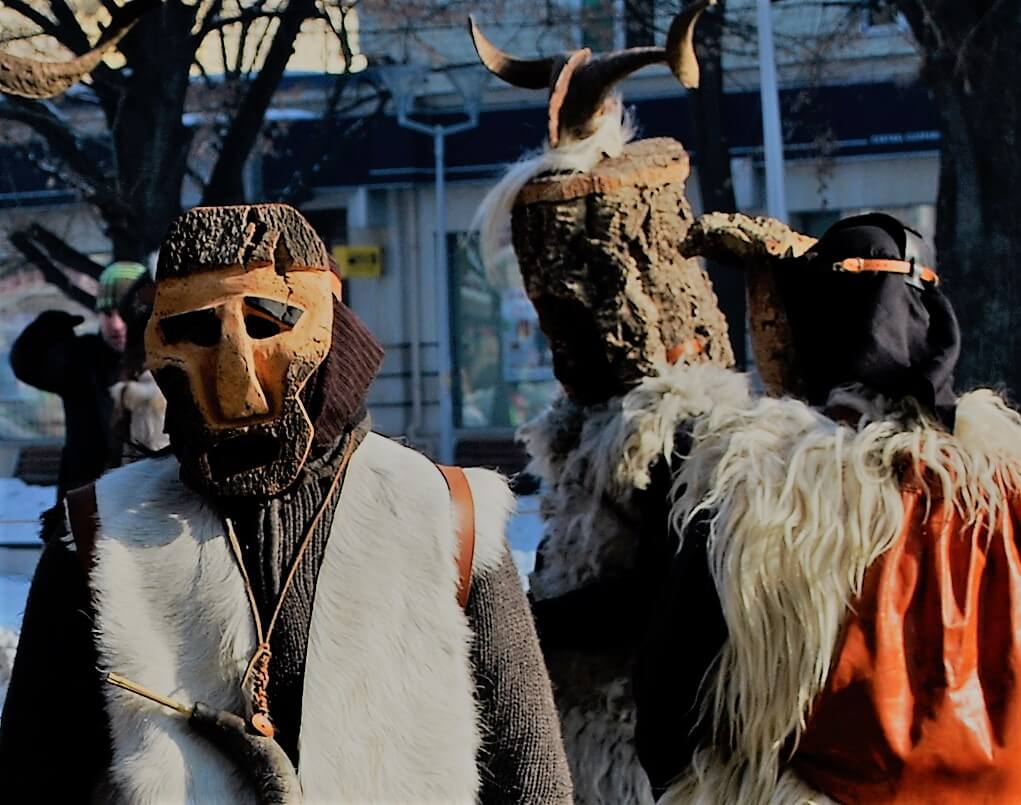 For more information and background on the Kukeri and Survakeri traditions, and the SURVA International Festival of Masquerade Games, visit the following websites: